Six cohorts of students have completed the MCBGAP program — three from UMES and with the rest from UMES, XULA, and FAMU. 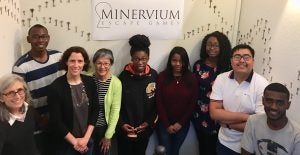